If you are going to take your car out of the UK, or you are going to hire a vehicle in Europe, it is worth having a planned approach to ensure that you have all the necessary materials before your journey starts, and that you are prepared for driving abroad.

Here’s our comprehensive guide to driving abroad to help you to have a safe and, above all, legal trip.

As the 31st October 2019 draws closer, the arrangements around Brexit are still unclear and it isn’t certain how a negotiated, or hard, exit will affect driving in Europe. We have written a separate guide to the issues and current thinking which can be reviewed here – Driving Abroad After Brexit?

Regardless of Brexit matters, this guide shares things you need to know to plan your trip overseas. 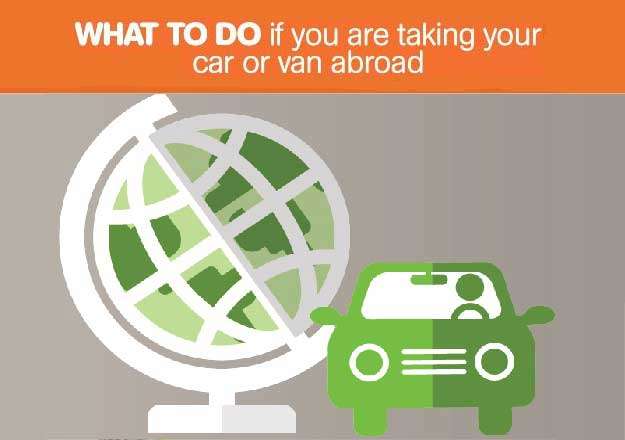 To assist drivers, we have produced a PDF download of our guidance along with a handy checklist to help travellers get prepared.

Get Your Guide Now

At least a month before you travel

Where a vehicle is leased, a Letter of Authority and a Vehicle on Hire certificate (VE103) are required from the leasing company to provide permission to take the car out of the country. Letters of Authority and the form VE103 will typically need to be applied for at least fourteen days before the departure date to give the leasing company time to raise the necessary paperwork. Insurers should be contacted well in advance too.

If the company owns the car / van, the driver will still need a Letter of Authority, and either the original V5C or a VE103 certificate, to take the vehicle out of the country and this should be carried at all times.

The company’s insurance cover may need to be extended to cover foreign travel. European breakdown cover is highly recommended.

In connection with insurance, it’s worth asking the insurance company for a green card. A green card is a useful back-up to the motor insurance documents, it evidences that you’ve got the minimum legal level of cover (and in due course may be a mandatory requirement).

Please contact your fleet manager if you are in any doubt.

Company car drivers heading for France will need to give their leasing company or employer plenty of notice because of the latest clean air regulations, which apply in a number of French cities and which have been extended since they were first introduced.

The Crit’Air scheme, which came into force in January 2017, requires all vehicles to display a windscreen sticker, or vignette, according to how much they pollute.

To apply for a Crit’Air sticker online, you must know your vehicle’s European Emissions Standard. For newer vehicles, covered by Euro 5 and Euro 6 standards, the category may be in section D2 of the DVLA V5C registered keeper form, which on a leased car will be held by the leasing company.

This information is vital in order to apply for a Crit’Air sticker from the official French website which is at: www.certificat-air.gouv.fr/en/

Fines of £117 can be issued on the spot for non-compliance, so it’s best to ensure you abide by the new rules to stay legal at all times.

Environmental zones operate across a number of cities across Germany including Berlin, Bonn, Düsseldorf, Hannover, Cologne, Munich and Stuttgart. You can find the full list – https://www.green-zones.eu/en.html

If you’re planning a holiday or business trip to Germany, you will need to source and apply your sticker before setting off. The best value places to apply for your stickers are the official websites for the areas you are travelling to, for example the Berline.de site for driving in Berlin. Stickers vary in price but start from 6 euros. To apply, you will need part 1 of your vehicle registration certification.

Please allow a few weeks for your sticker to be delivered.

Breakdown cover may need to be upgraded or you may need to take out a stand-alone policy to ensure you have sufficient cover abroad.  Don’t assume that you are covered and always carry the breakdown company details.

If you’re going to a European Economic Area (EEA) country or Switzerland, make sure you’ve got a free European Health Insurance Card (EHIC)

The EHIC card entitles you to reduced-cost, sometimes free, medical treatment in most European countries.

However, the cover provided under the respective national schemes is not always comprehensive – and the cost of bringing a person back to the UK in the event of illness or death is never covered, so you should make sure you have adequate travel insurance as well.

Allow at least a week before your trip

Regardless of the changes that a no deal Brexit would create, there are certain countries inside and outside Europe where the UK driving licence is not enough to satisfy the authorities. In these instances, an international driving permit (IDP) is required as well. These permits can be obtained via the Post Office and will cost you £5.50. You will be required to show your licence and provide a passport sized photo to buy one.

Not all post offices can provide IDPs so don’t leave acquiring one to the last minute.

You will need to display either a GB sticker or a European licence plate with a GB Euro symbol on it. If you travel outside the EU, you may find both are needed, so either find out or ensure you have a GB sticker clearly displayed to cover yourself. If not, you risk an on-the-spot fine.

You must always carry at least one unused, certified breathalyser kit for driving in France. The breathalyser produced has to be in date; single-use breathalysers normally have a validity of 12 months. France also insists a set of spare headlamp bulbs are carried.

Even where it isn’t a legal requirement, it’s still a good idea to carry things like spare bulbs, a fire extinguisher, a torch and a first aid kit.

You can buy the kit you require at ports or on ferries if you leave it to the last minute, but if you don’t you can save yourself some money by buying in advance.

Motorists planning a trip abroad need to take a special code with them if they want to hire a car.

Anyone wanting to hire a car abroad will need to create a licence check code to allow access to online records showing convictions for offences like speeding. And to obtain it, motorists will have to log on to the Driver Vehicle Licensing Agency (DVLA) website beforehand.

The DVLA advises people heading abroad to log on to its website – https://www.gov.uk/view-driving-licence before their trip. Here they can generate the access code if they want to hire a car while on holiday. The code will be valid for 21 days.

The DVLA website lets you see what details are on your licence, including what vehicles you can drive and any penalty points you may have.

The Blue Badge is recognised across Europe, UK holders have the same parking rights as anyone else with a disability in the country you’re in. It’s still worth checking though when and for how long you can park because there are some variations in entitlements.

You have arranged all your paperwork and your travel date has arrived. Here are some hints and tips to help you on your journey. 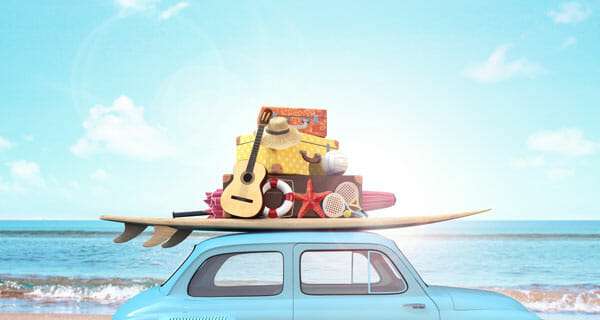 Some general tips for driving in Europe include:

Drivers should also bear in mind that under the Road Safety Act 2007, foreign authorities can obtain information from the DVLA to chase motorists who have committed speeding and parking offences while abroad. If you get any convictions while away, they will count against you on your UK licence.

It is important to remember that each country’s motoring laws and regulations are subject to on-going review and update so do make sure that you are familiar with the laws which may affect your journey (including any countries you travel through).  Check with a motoring organisation like the AA or the RAC for current rules.

Before travelling, drivers are advised to carry out basic vehicle checks including checking tyre pressures and all fluid levels.

Again in France, it is compulsory to disable your speed camera warning devices. Failure to do so will result in a significant fine.

You should also be aware of the new Mesta Fusion cameras in France. The cameras can monitor eight lanes of traffic, several vehicles at the same time and tell the difference between cars and trucks.

And it’s not just speeding the cameras can detect, they can record drivers or passengers who are not wearing seat belts, they can recognise if you are using a mobile phone and they will capture illegal overtaking and dangerous manoeuvres like jumping red lights, tailgating or driving in incorrect lanes.

In Spain, motorists could find themselves facing a €91 (£80) fine for filling their tank full of fuel while the radio in the car is still on!

Spain has long been a popular destination for the British but drivers heading down to the Costas will need to stick rigidly to the speed limits or risk falling foul of a new generation of portable Spanish speed cameras.

Velolaser radar speed cameras are small, unobtrusive and can cover both directions of travel at once. They can be controlled by police patrols several miles away using their inbuilt 3G or 4G capability and can cover up to four lanes of traffic simultaneously.

You may not even notice you have been caught offending until a demand for a speeding fine arrives, ranging from £85 to £425 depending on the severity of the offence.

And due to the EU Cross Border Enforcement Directive, member states can now actively pursue UK drivers for a range of offences, including speeding, drink-driving, jumping red lights and using a mobile phone while at the wheel.

The Velolasers are known to be in operation in 18 of Spain’s 50 provinces, including popular tourist spots such as Madrid, Malaga, Murcia, Granada and Valencia.

Across Europe, as with the UK, the use of hand-held mobile phones while driving is outlawed, although penalties are usually stiffer, and when it comes to drink driving, there is only one safe rule – don’t do it. Other European countries’ drink driving laws are stricter than the UK and the penalties are severe.

And, in winter, check whether winter tyres or snow chains may be required when driving abroad.

The international emergency number is 112. This is the same for all European countries so put it in your mobile and have it written down on your documentation.

To assist drivers, we have produced a PDF download of our guidance along with a handy checklist to help travellers get prepared.

Get Your Guide Now

Please note that this document is for information only and does not constitute legal advice. It is your responsibility to ensure that you comply with all applicable laws and regulations whilst driving in other countries. If you are unsure about the relevant laws and regulations, please seek further advice.