Just how ‘smart’ are modern cars? Smart enough to inadvertently tip off police about a drink driver following a crash, it appears.

The incident happened in Northern Ireland and involved a Ford Fiesta.  After the car was involved in a crash late one Saturday night, the car contacted police to report the incident, using the inbuilt emergency assistance communications feature within.

A Facebook post from the Police Service of Northern Ireland said: “Some cars these days are pretty clever. Did you know that some can even phone police automatically to let us know you’ve crashed? That’s a really good safety feature.

“It is however a really bad feature to have if you’re a drink driver. That’s right, you’re picking this up correctly. A car phoned us to let us know about a crash last night when it turned out the driver was drunk.”

The statement said the driver had been one of several to be caught for getting behind the wheel while drunk and it added: “You think you’re having a rough weekend? At least your car hasn’t touted on you!”

Several vehicle manufacturers already offer emergency call options in the case of a collision, using either inbuilt communications methodology or by linking automatically through a driver’s mobile.

What happened in this case?

The Ford Fiesta in question would have been fitted with Ford SYNC, a factory-installed, integrated in-vehicle communications and entertainment system that allows users to make hands-free telephone calls, control music and perform other functions with the use of voice commands.

An important and potentially life-saving part of Ford SYNC is the Emergency Assistance feature. In the event of an accident, where the airbag is deployed or the fuel-pump deactivated, the technology can use a Bluetooth-paired and connected mobile phone to automatically make a direct call to the emergency services on behalf of the driver.

Crucially, the system will supply vital information, such as the vehicle’s GPS coordinates, even if the driver is unconscious.

Emergency Assistance will also select the most appropriate language based on the location of the accident to provide information to an emergency operator.

After delivering critical information, SYNC opens the line and offers hands-free voice communication between the operator and the vehicle occupants. The operator can then evaluate the situation and provide assistance as needed.

Other systems are available

Most vehicle manufacturers are working on or already have developed emergency remote call systems.

For example, General Motors has developed the OnStar service which is available on Vauxhall and Opel models in 12 countries across Europe. It is available as Vauxhall OnStar in the UK, and is being rolled out to additional countries.

OnStar offers a wide range of connected services including 4G with Wi-Fi, a smartphone app to allow drivers to connect to their vehicle remotely, rapid vehicle recovery in the event of theft and in-vehicle diagnostics reporting.

Also, in an emergency situation where an airbag deploys, Vauxhall/Opel OnStar is alerted automatically and an advisor then contacts the vehicle to determine whether help is required.

If there is no response, emergency responders are immediately sent to the exact location of the vehicle. Vauxhall/Opel advisors are located at the high-tech OnStar service centre in Luton on a 24/7 365 days a year basis. The new system also includes roadside assistance services.

However, in-vehicle emergency assistance is set to become increasingly widespread across Europe thanks to a safety initiative which has been carefully planned over the last five years or more.

From April 2018, all new cars across Europe will have to be fitted with so-called eCall technology which, in the event of an accident will automatically contact the rescue services via the universal 112 emergency number and provide key information, including the accurate location of the vehicle, the time of the crash and the direction of travel.

Tests have shown that eCall cuts emergency services’ response time by around 50% in the countryside and up to 60% in built-up areas. The quicker response times are expected to save hundreds of lives across the EU every year and reduce the severity of injuries in tens of thousands of cases.

Drivers will also be able to make an eCall themselves by pushing a button inside the car if they were to witness an accident, allowing them to report it and automatically give the precise location.

As eCall is normally dormant and only activated in the event of an incident, it does not allow vehicle tracking outside emergencies, thus removing any fears around driver confidentiality and infringement of liberties.

CLM provides a full range of fleet management solutions, including Accident Management to provide support to drivers and employers.

We have also published a handy guide outlining What To Do In The Event Of An Accident – useful for those who don’t yet have a car smart enough to take care of all the details for them! 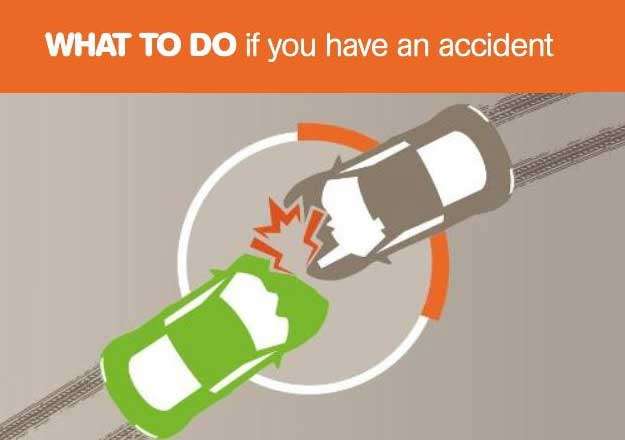