Modern technologies are keeping us all safer on our roads

Despite a slight increase last year, road accident fatalities in the UK have fallen by 54% since the turn of the century, and there are now fewer than three road deaths per 100,000 inhabitants.

According to the International Transport Forum, that makes the UK, along with Sweden, one of the safest of its member countries from Argentina to Switzerland, and ahead of a host of other countries including the Netherlands, France, Germany, Australia, Canada and New Zealand.

We take safety in our cars pretty much for granted these days, due to the huge strides that vehicle manufacturers have made in ensuring modern day driving is as safe as possible.

But what are the key technological developments that make our cars safer?

An electronic stability programme, using onboard sensors, can stop drivers from losing control of their car in sudden manoeuvres or skids, by braking the appropriate wheel and/or reducing engine power. ESC does not improve a vehicle’s cornering performance but instead helps to minimize the loss of control.

Independent studies have shown it could, in critical handling situations, prevent up to a third of all road accidents. While this safety feature is commonly known as ESC, other acronyms used by manufacturers include: ASC, DSC, DTSC, ESP, ESP+, VDC, VSA and VSC.

From late last year, ESC has been mandatory throughout the EU on any newly registered cars.

Most modern cars are fitted with ABS-braking as standard, but this latest refinement reduces brake force if grip differs at each wheel, helping to bring the car to a halt predictably and in a straight line.

In the wet, or in icy conditions, EBD could be a life-saver.

Many of the new lane-keeping systems simply warn the driver if he or she lets the car stray from one motorway lane into another without indicating. Some systems vibrate the base of the driver’s seat, others the steering wheel, while some are audible. 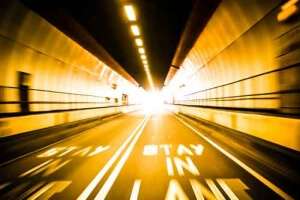 Certain systems automatically make steering adjustments to keep you in the centre of the lane while some of the most advanced systems sense that you are going off-course and correct your direction by applying the brakes on the left or right wheels.

This could be extremely useful on our increasingly congested national road network. 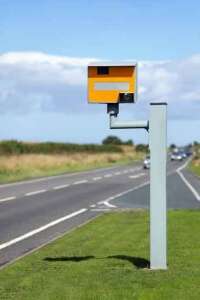 Car makers have offered cruise control features, which hold the car at a speed set by the driver, for many years. Now several have adapted the system to provide a means of setting the maximum speed of the car.

You can use it anywhere, at any speed setting you choose, but essentially it prevents you from inadvertently going over that speed, whether it’s a speed limit or just a chosen ‘safe’ speed.

With the number of speed cameras that have proliferated throughout the UK, this could help prevent drivers losing their licences.

As a nation we’re pretty good at buckling up, but not using seatbelts is still a major factor in road traffic injury statistics. The best systems don’t just

remind the driver to buckle up, they sense which seats are occupied and alert the driver, with a flashing symbol, if any other belts haven’t been fastened.

Modern cars tend to have poorer visibility than older designs because of the conflict between the need to strengthen the cabin to withstand serious crashes and the need to see out from the driver’s seat.

Where visibility is compromised, many manufacturers now offer electronic sensing devices and even cameras to tell you when you’re close to other objects. Basic systems include reverse parking sensors, used for low-speed manoeuvres to prevent the unseen extremities of the rear bumper from hitting other objects.

Most accidents happen in the company car park – so reversing sensors can help cut collisions and costs.

An intelligent form of cruise control, this uses the existing cruise control system to set the vehicle speed, but with the addition of automatic braking. Radar or laser sensors monitor the road in front and automatically apply the brakes to maintain a driver-pre-set distance between you and the car in front.

These systems monitor the driver’s behaviour, looking for signs that might indicate tiredness. The systems vary in the responses they offer – with some sounding an alarm, others vibrating the seat and some setting off audible and visual warnings to alert the driver that it is time to take a break.

For long distance motorway journeys where the driving can become monotonous, this can literally be a life-saver.

Basic active headlight systems have additional lights that come on to the left or right for cornering, lighting up the bend as you go. More sophisticated systems have active beam control, linking the direction of the headlamp beam directly to the steering.

The latest intelligent light systems not only allow the headlamps to turn as the wheels do but, on sensing oncoming vehicles, adjust the headlight beam automatically, so as not to dazzle other drivers. As soon as the hazard is passed, the system re-activates full beam.

Active headlight systems are a fantastic aid for night-time driving.

Having under or over-inflated tyres can upset the car’s handling and lead to an accident. Tyre-pressure monitoring systems (TPMS) are designed to help you maintain tyre pressure at the correct level. There are two basic types – direct and indirect pressure monitoring.

Under-inflated tyres can add hugely to fuel consumption. Anything that regularly checks tyre pressure – including the driver – is a good idea.

If you think your company’s fleet would benefit from modern vehicles with built-in car safety features or you would like to find out more about some of the latest new car safety systems currently available, contact our team of fleet management specialists today.