Dangers Of Lack Of Sleep

Make sure you get enough sleep!

The arrival of British Summer time this weekend means the clocks go forward on hour on Sunday, March 25. However, the hour less in bed and initially darker mornings mean we all need to pay more attention when driving.

Research indicates that almost 20% of accidents on major roads are sleep-related, and are more likely to result in a fatality or serious injury than any other type of accident.

Whilst an hour less sleep might not seem significant, it is. Researchers in Canada analysed data relating to nearly 1.4 million road traffic accidents. They observed that the spring shift to daylight savings time, and the loss of one hour of sleep, resulted in an average increase in traffic accidents of approximately 8 percent.  Whereas the Autumn shift resulted in a decrease in accidents of approximately the same magnitude immediately after the time shift.

As peak times for accidents are in the early hours and after lunch, drivers need to be especially vigilant in the coming week as we all make the seasonal adjustment to an hour’s less sleep due to the arrival of BST. 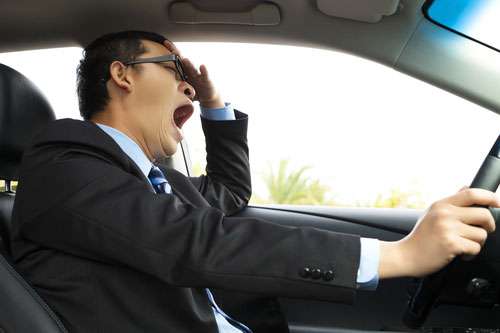 More than 25 countries change to daylight savings time (DST) each spring and return to standard time in the autumn or fall.

Although one hour’s change may seem like a minor disruption in the normal sleep cycle, research shows that measurable changes in sleep patterns can persist for up to five days after each time shift.

This leads to the prediction that this weekend’s change, involving the loss of an hour’s sleep, might lead to an increased number of “microsleeps,” or lapses of attention, during daily activities. This may then cause an increase in the probability of accidents, especially in heavy or congested traffic.

Where did the daylight saving time idea come from?

The idea behind DST is to make better use of daylight and conserve energy. A later sunset during the long summer days means less need for indoor lighting in the evening, and the idea has been around for centuries.

Germany was the first country to adopt DST, in 1916, to save energy during World War One and other countries quickly followed.

Yet, research shows largely negative impacts on health, which have stoked controversy in recent decades and led some to question if this century-old tradition still merits support. Indeed, some countries, like Argentina and Russia, have dropped DST altogether.

The spring alteration has been shown to be most dangerous. In the first few days after we lose an hour’s sleep, researchers have shown increases in car accidents and heart attacks – the latter by as much as 24%.

Facts about driving when tired

The Government has published a number of facts you should know regarding excessive tiredness and driving.

For instance, there is no excuse for falling asleep at the wheel and it is not an excuse in law. 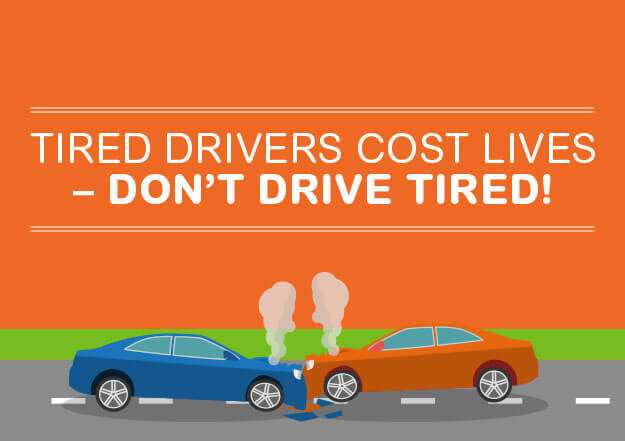 However, up to one fifth of accidents on motorways and other monotonous types of roads may be caused by drivers falling asleep at the wheel.

The age groups most likely to be affected are 18-30 year old males who are more likely to fall asleep at the wheel when driving late at night, while modern lifestyles such as early morning starts, shift work and late night socialising, often lead to excessive tiredness by preventing adequate rest.

All drivers who fall asleep at the wheel have a degree of warning which should not be ignored. Look out for the warning signs such as the natural sleepiness that occurs after eating a large meal.

Changes in body rhythm produce a natural increased tendency to sleep at two peak times of the day: midnight to 6am and 2pm to 4pm and if travelling at these times, drivers should make extra efforts to stay alert.

Although no one should drink and drive at any time, alcohol consumed in the afternoon may be twice as potent in terms of producing sleepiness and driving impairment as the same amount taken in the evening.

And prescribed or over-the-counter medication may cause sleepiness as a side effect, so it is important to always check the label if you intend to drive while on medication.

Here at CLM, we have long experience of providing sound advice to company drivers to ensure they are reminded of the need to be alert and aware at all times – and especially when there are changes to accepted cycles and rhythms, such as the clocks going forward or back.

You can download our PDF guide here: Don’t Drive Tired

And get a good night’s sleep!