Switching from Petrol and Diesel?

Alternative fuel vehicles, or AFVs, are unquestionably becoming a more popular choice with drivers. In fact, in recent research 60% of company car drivers stated that they are more likely to select an AFV for their next company car than a traditional petrol or diesel vehicle1.

That’s a very strong demonstration of intent to make the switch to a more efficient pure electric or hybrid vehicle. However, taking a look at the latest statistics2 for the registration of new AFVs gives quite a different picture, with sales of all types of AFV accounting for just 7.5% of total car sales.

So, what is it that’s creating this gap between the preference for an AFV and the final vehicle choices that drivers are currently making?

Cost and availability on choice lists

For company car drivers, the key restriction that they face in vehicle choice often comes from the rules and limits imposed on them through their employer’s fleet policy. And, while stakeholders in many organisations are pushing hard for reduced fleet emissions and improved environmental performance, this is always balanced against cost.

While it’s true that AFV list prices have been falling, and residual values improving as the technology becomes more trusted, the monthly rental for an AFV is still generally higher than that for an equivalent petrol or diesel. This means that suitable AFVs are often only available to more senior members of staff with higher levels of monthly allowance.

It is perhaps for this reason that many organisations have not yet taken the plunge in adding the most efficient AFVs to their fleet policy at all; our estimate is that only around 60% of choice lists include plug-in hybrids and 40% pure electric vehicles.

There’s little doubt that many company car drivers have been encouraged to make the switch to AFVs because of the savings in Benefit-in-Kind (BiK) tax on offer. While the lowest rate of BiK currently available (October 2019) is 16%, this falls to 0% for pure electric vehicles, and sees significant reductions for many other highly efficient cars, from April 2020.

What might be causing some employees to hold back on making the switch to an AFV, is that even bigger tax savings are available for vehicles registered after April 2020.

For example, a plug-in hybrid producing between one and 50 g/km CO2 and capable of between 49 and 60 electric-only miles currently attracts a BiK rate of 16%. For the 2020/21 tax year, if it is registered before April 6th it attracts a rate of 8%, if registered after, just 6%.

Bringing together elements of the two points above, is the question of whether plug-in hybrids (PHEVs) live up to their on-paper promise in the real world. PHEVs have become very popular with a section of company car drivers seeking to take advantage of their potential for low CO2 emissions and BiK tax rates. Companies too have been keen to benefit from the lower fuel costs that these vehicles can deliver for business journeys.

In reality, PHEVs only deliver low fuel consumption and emissions if they are used in a specific way. This involves regular charging of their batteries and conducting as many miles as possible in pure-electric mode. For those with good access to charging and undertaking regular, short-to-medium length trips this can deliver very positive results.

For those regularly exceeding the battery-only limit and travelling long distances on petrol or diesel power alone, the advantages quickly disappear – after all these vehicles are carrying around two powertrains and a bank of batteries that together add a lot of extra weight. Worse still, some research suggests that a proportion of drivers never bother to remove their charging cord from its delivery packaging.

This means that, while drivers might benefit from lower BiK rates, organisations gain nothing in terms of reduced running costs and the environment actually suffers.

In another piece of CLM research3, we discovered that 50% of drivers still believe that using an AFV day-to-day is less convenient than using a petrol or diesel car. This probably explains why, in our latest research, only 19% of company car drivers stated that they would be most likely to select a pure electric car, while plug-in hybrids were favoured by 31% and the remaining 50% preferred a non-plug-in hybrid.

This belies the fact that on sale now are a wide range of electric-only cars that can travel more than 200 miles between charges. When held up against the journey profiles of the vast majority of British commuters, these vehicles could easily provide an entire week of emissions-free travel.

With an ever-growing number of public charging points, and easier cross-network access being introduced by the largest players, concerns over the availability of mid-journey charging should also begin to be allayed.

Up to a third of homes in the UK have no off-street parking, with the highest proportion of these homes being in cities, where electric vehicles make most sense. This means that many drivers currently have to rely on either public charging (as discussed above) or charging at their workplace. The latter makes a great deal of sense as most commuters’ vehicles sit redundant for seven or eight hours a day. The Government’s Road to Zero strategy targets half of all firms with a car park having at least one charge point by 2022.

Organisations can, however, face significant issues in providing charge points for employees. This is often down to restrictions in the underlying local power infrastructure and availability of space on-site to install more than a couple of stations. We have even come across issues surrounding the removal of ‘perk parking’ spaces for senior managers; these inevitably occupying the spots closest to the building which would be the most pragmatic location for charging points.

Despite the increasing range of AFVs available on the UK market, pure-electric car and plug-in hybrids are, perhaps, still viewed as niche vehicles that lack ‘main-stream’ consumer appeal. This shouldn’t come as a major surprise as, unlike non-plug-in hybrids, they do require a change in driver behaviour and have, in many instances, been quite a departure from the ‘look and feel’ of a traditional car.

What is likely to accelerate the uptake of AFVs is the huge range of new vehicles being brought to market by major manufacturers over the next few years. With ever-increasing battery capacity, and the additional journey range that this delivers, along with the choice of more conventional-looking vehicles to appeal to a more conservative audience, most commentators believe that a surge in popularity is rapidly approaching. 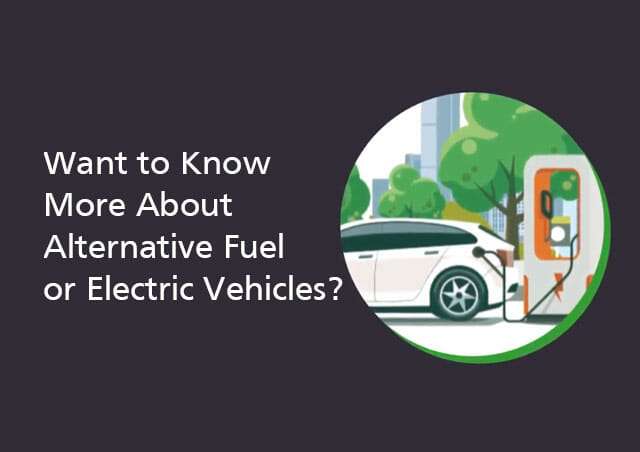 1 Online research conducted by CLM between March and August 2019 with over 1,300 company car drivers