There’s a simple truth about company cars – drivers love them

Put aside the ongoing angst about high BiK tax rates and there’s nothing like the reassurance of driving a new, well-maintained, fully insured vehicle provided by somebody else.

This isn’t just anecdotal either, in a recent CLM survey1 of over 300 individuals eligible for a company car, more than three-quarters stated that they saw this as a valuable benefit and only 12% said that they were unlikely to take a company car in the future.

And this is great news for businesses. Not only does it provide them with a clear steer in terms of what to include in their benefit packages, it also means that they are delivering on that key requirement; keeping their employees mobile.

Both of these points were evidenced in a separate piece of CLM research2, this time focusing on decision-makers with responsibility for 50 or more vehicles. Of the 63% who had either a stable or growing fleet, ‘maintaining business mobility’ and ‘recruiting and retaining staff’, were the first and second most important factors in choosing to run company cars. Perhaps unsurprisingly, overall cost-effectiveness was ranked a close third.

The remaining factors, ranked in order of importance, were; health and safety concerns, environmental considerations and importance to brand image.

But, there’s no doubt that drivers’ love of the company car is being tested.

45% of car-eligible employees we questioned stated that they were undecided about whether they would take a company car in the future.

A factor likely to be playing a role in this indecision is the increase in BiK taxation, brought about by the introduction of the new WLTP emissions testing regime.

To find out more about company car taxation click here.

Interestingly, there is a similar proportion of decision-makers that are questioning the cost-effectiveness of traditional company cars.

For fleets that are declining in size, 41% of respondents to our survey suggested that this was because they felt that their existing arrangements were not delivering good value for money.

Overall, this doesn’t leave fleet decision-makers in an enviable position: driver demand for company cars is hard to predict, costs are seen as prohibitive and control of employee mobility is under threat. While we should remember that this is the experience of a minority, it is a significant minority, and the challenges that this brings to the organisation are considerable.

Some of the issues above might be seen as being symptomatic of ‘traditional’ company car schemes, and it’s perhaps not entirely surprising that solutions to these can be found in ‘alternatives’; alternative fuel vehicles (AFVs) and alternative types of employee car scheme.

To the end of May 2019, AFV registrations were up 13.8% on the same period last year and, in our own AFV research3, we’ve found that 60% of company car drivers are more likely to choose an AFV for their next vehicle than a traditional car.

The most obvious benefit here is the lower CO2 emissions and the resultant lower rates of BiK tax – from April 2020, the cleanest AFVs will now attract zero company car tax. These vehicles bring advantages to businesses too, as running costs can be considerably lower, VED rates can be as low as £0 for zero emission vehicles, and employers’ National Insurance Contributions are also significantly reduced.

Further incentive to reduce the emissions of company provided vehicles will come as Clean Air Zones begin to appear in urban areas around the UK, charging the most polluting vehicles from entering major cities. The first, London’s Ultra Low Emission Zone, began operating on 8th April. 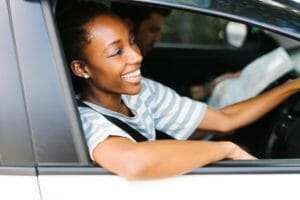 Turning our attention to alternative car schemes, perhaps the most popular in recent years has been salary sacrifice.

While these still work for some businesses, changes in the tax laws from April 2017 mean that drivers are now taxed either on the value of the BiK of the vehicle they choose, or the amount of cash foregone, whichever is the higher. This has wiped out the tax advantages that many previously had under this type of scheme.

There are, however, still some interesting alternatives and one in particular is a blast from the quite recent past. Employee Car Ownership schemes enable drivers to avoid BiK tax liability on their cars altogether, because the car becomes their property through the use of a conditional sale agreement.

Employers also stand to gain, with the potential for cost reduction through reimbursing drivers for business mileage using the Government’s Approved Mileage Allowance Payments (AMAPs) scheme. This allows payments of up to 45p per mile for the first 10,000 miles and 25p per mile thereafter, tax free. Obviously, the higher the business mileage covered, the greater the advantage to the employer.

What each of these ‘alternatives’ encourage is the take up of employer-provided cars.

And, with that come the well-documented advantages in terms of fulfilling duty-of-care obligations and providing reportable improvements in environmental performance.

The traditional company car scheme is far from dead, and for many organisations they remain the best possible choice for maintaining business mobility and delivering an attractive benefits package. But for businesses with different needs, there are some exciting alternatives available.

If you would like to discuss any of the issues raised in this blog with a CLM expert, please call 01908 210100 or contact us.